ATTENTION EXECUTIVES – Do You Know Your Role in Sexual Harassment Prevention and Investigations? 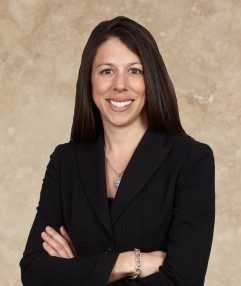 Reflecting on the last several years, we have been witness to the evolution of voices against abuses of power being raised without fear, becoming more persistent, and being accepted and supported with a focus on change. The No More movement.  The Me Too campaign. The Never Again effort.  They each include the common message that harassment, violence, and any other abuse of power, however presented, is unacceptable and will not be tolerated.  These are not behaviors that are absent from the workplace.  To the contrary, we continue to hear story after story about employees victimized by sexual harassment and sexual assault at work.  All employers, regardless of the industry, should expect victims to continue speaking out on this issue, which will likely become the norm and no longer the exception.

The executives should also consider having statements prepared in order to address any questions employees may raise regarding the allegations or to submit in response to any media inquiry if the complaint goes public.

Upon completion of the investigation, the executives should review the findings and recommendations of the investigator in order to understand the proposed decision, or to make a decision, as to the appropriate disciplinary action, if any, that will be imposed against the accused. It is also important for the executives continue monitoring the situation for any action taken in retaliation of the complaint.

The executives should similarly monitor any complaints filed with any administrative agency, such as the EEOC, or litigation commenced in the appropriate court.  These actions will likely involve, and require the executives to participate in, settlement discussions at some point in the process. Significantly, it should be noted that under the Tax Cuts and Jobs Act, effective as of December 22, 2017, Section 162(q) of the Internal Revenue Code provides that an employer cannot deduct any settlement or payment related to sexual harassment or sexual abuse if such settlement or payment is subject to a nondisclosure agreement, or attorney’s fees related to such a settlement or payment.  There are also a number of states, including Pennsylvania, which have introduced legislation that would restrict confidentiality agreements as they relate to sexual harassment claims.

While there is no way to predict where these movements will lead, executives should anticipate that matters involving sexual harassment and sexual assault will no longer be brushed under the rug and victims will not be silenced. Now, more than ever, executives need to understand sexual harassment issues, and what conduct constitutes sexual harassment, and implement ongoing efforts to promote a zero-tolerance and harassment-free workplace.

Gross McGinley’s Business Law attorneys provide legal solutions to businesses of all sizes in and around the Lehigh Valley and throughout the United States.  Supported by an experienced professional staff, i… Read More
Next Previous