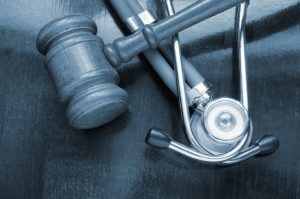 In a case believed to be of first impression in the Commonwealth, Attorney Andrew Ralston was recently successful in obtaining summary judgment, on behalf of a Hospital client of his partner Attorney Howard Stevens, on claims brought by a plaintiff which contended that there had been utilization and/or supervision of Physician Assistants in the Emergency Department of the Hospital that was supposedly, plaintiff alleged, in violation of applicable statutes and regulations (“Regulatory Framework”) governing the use of Physician Assistants in Pennsylvania.  Further, Attorney Ralston was able to successfully defend against a cross-motion for Summary Judgment filed by the plaintiff contending that the Hospital’s utilization and/or supervision was supposedly, as a matter of law, “negligence per se“*.

Our attorneys regularly counsel families on sophisticated divorce and family law matters. Gross McGinley’s family law practice provides you with the support and guidance you need to make informed choices and … Read More
Next Previous