In alignment with PA “green phase” COVID-19 reopening guidelines, 50% of our staff will return to our offices, allowing for essential in-person client meetings. As we prioritize client and employee health and safety, we continue to offer remote services as well. Please call us at 610.820.5450 for assistance with your legal needs or visit our COVID-19 page for specific guidance on pandemic-related matters.

Constitutionality of Closing Religious Institutions during the COVID-19 Pandemic 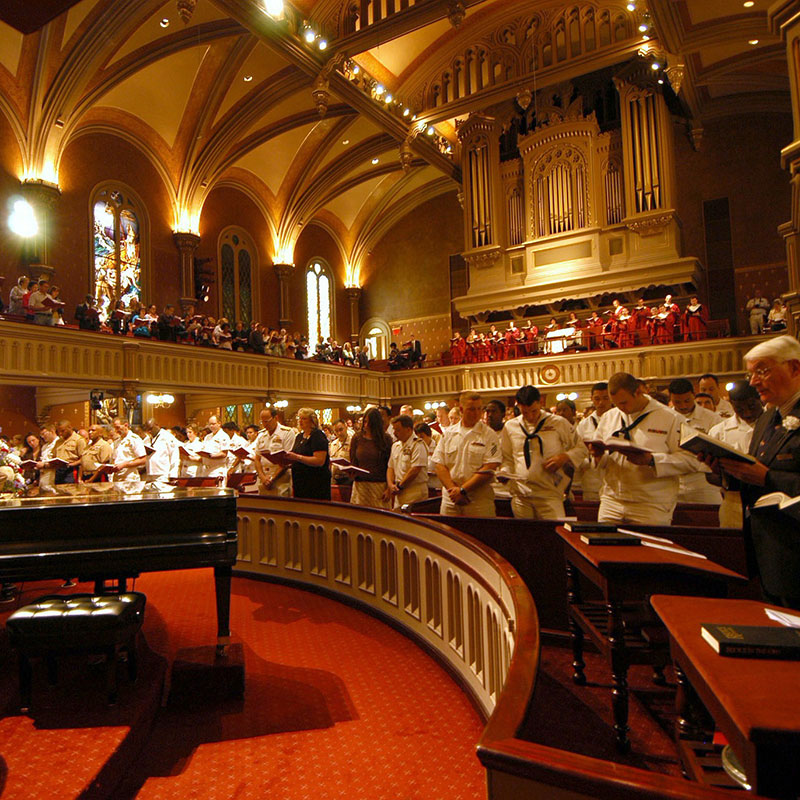 During this unprecedented time, we are faced daily with novel issues and questions revolving around the powers of both the federal and state government and their ability to restrict our constitutional rights. What is the constitutionality of closing religious institutions during the COVID-19 pandemic?

Who has the power?

The country seems divided over the question of whether states have the authority to close religious institutions during the COVID-19 pandemic. However, a look at history will show that this issue is not novel at all, in fact, the Supreme Court has addressed identical issues since the generation of our country.

One of the first times that our country faced a restriction of freedoms in response to a health crisis was in Smith v. Turner where the Supreme Court upheld state quarantine laws after the Revolutionary War in an effort to curtail the Yellow Fever outbreak. Similarly, questions involving a state’s police power and the restriction of individual freedoms in response to AIDS, SARS, and vaccinations consistently appears throughout our country’s history.

Freedom is not absolute

As we all know, the freedoms afforded to United States citizens under the Constitution are vast and vigorously protected. However, as some often forget, they are not absolute. The most common example is the freedom of speech. Although our freedom of speech is protected, we know that an individual does not have the right to yell “fire” in a crowded theatre. This is example is classic, because it demonstrates that an individuals’ right to speech cannot outweigh public safety.

As cliché as it might be, it is important to remember the mindset during development of our nation and the Constitution which is premised on the idea of “by the people and for the people.” This notion that we learned in 8th grade history/civics class is relevant in any constitutional analysis. The balance between protecting private vs. public interests is a timeless battle in our country and is often disputed in times of crisis.

Powers of the state

In this particular instance, we focus on the state’s police power and their ability to restrict a First Amendment Right… the exercise of free religion. The principle behind the police power was ultimately providing the individual states with the power to promote public health and general welfare and to ensure that the federal government could not impose restrictions that would directly negate it.

Often when analyzing issues concerning the protection of religious freedom, the question of whether there has been a violation of the Establishment Clause arises. In determining whether a government action violates the Establishment Clause, the Court has implemented a three prong test established in Lemon v. Kurtzman. Essentially, the restriction: 1) has to have a secular purpose; 2) cannot advance nor prohibit religion; and 3) cannot result in excessive government involvement in religion.

The Constitution and the Supreme Court have held that the standard used to test the validity of a restriction on a fundamental right is whether the government has a compelling purpose to restrict the right and is doing so in the least restrictive means of achieving the purpose.

When analyzing the issue at hand, we note that states are faced with a compelling state interest: the public’s safety during a pandemic. Secondly, the restrictions in place allow for people to continue to practice faith in safe settings with limited group of people, access to online services, and in accordance with CDC guidelines. Similarly, the restriction that is applied does not target religious institutions as it effects many other businesses and establishments.

Although public safety will almost certainly always be considered a compelling interest, states should keep in mind that constant struggle for the balance between private and public interests. When considering the constitutionality of closing religious institutions, it is important to note that governments cannot impose special restrictions on religious activity that does not apply to non-religious activity.

Firms and attorneys in the Philadelphia region, throughout Pennsylvania, and across the country, have called upon the Gross McGinley litigation team’s extensive experience and knowledge of the county, state, … Read More
Next Previous