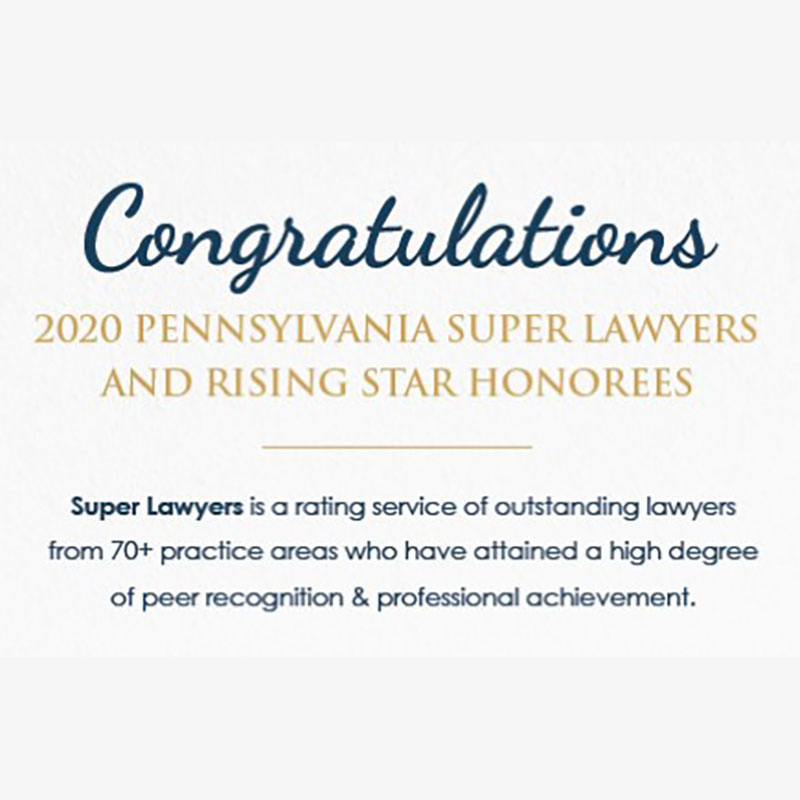 Super Lawyers, a Thomson Reuters business, is a rating service of outstanding lawyers from more than 70 practice areas who have attained a high degree of peer recognition and professional achievement. The annual selections are made using a patented multiphase process that includes a statewide survey of lawyers, an independent research evaluation of candidates and peer reviews by practice area. The result is a credible, comprehensive and diverse listing of exceptional attorneys. For more information about Super Lawyers, visit SuperLawyers.com.

Congratulations to our 2020 Pennsylvania Super Lawyers and Rising Star honorees!

Our attorneys regularly counsel families on sophisticated divorce and family law matters. Gross McGinley’s family law practice provides you with the support and guidance you need to make informed choices and … Read More
Next Previous